Ride to: Bikes vs Planes 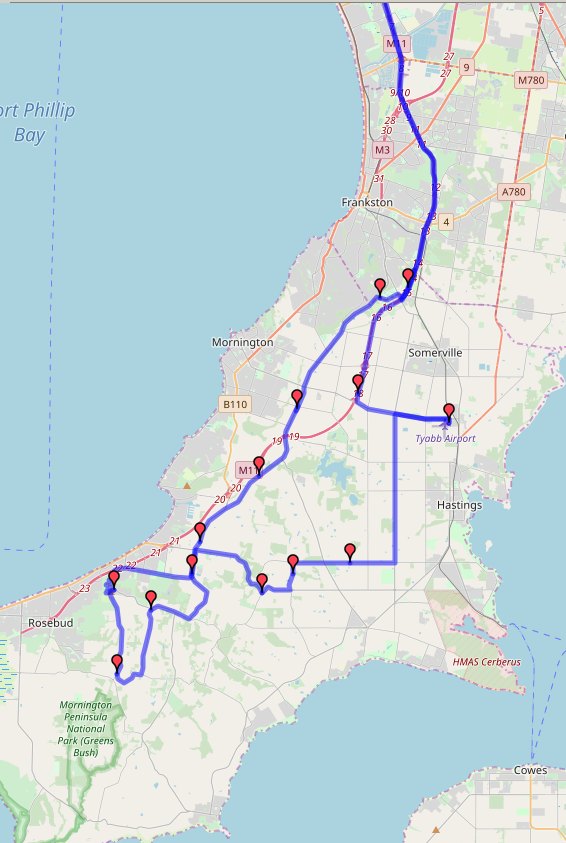 
UPDATE:  forecast for showers on Sunday but at least cool for more pleasant riding.  So don't be deterred, pack your waterproofs and come along.  forecasting only 1-4mm so hopefully just occasional light showers.

also if anyone normally carries a spare helmet please consider bringing it along if no trouble as there a cafe 600m up the road from airfield - Hungry Peacock - so then we can pillion the pilots. thanks

We're heading for Tyabb airfield this year for a change

ride briefing at 9 sharp at the cafe

after meeting up with the pilots at Tyabb, we can do a loop of the peninsula, Red hill etc, for anyone interested


Despite the threatening weather forecast the clouds burned away to a mild sunny day.  The lack of low cloud tho meant the planes were not speed restricted but it didn't help them anyway, the bikes won this year by 3 mins :-)

This year 19 riders turned up at the cafe, 16 went on the ride, against 2 planes.

we then rode, pillioned and some walked to the Hungry Peacock cafe 600m up the road in the grounds of an old church for snack & shmooze and some sufganiyot from glicks that Sam brought along.

Richard, Mike B, Tony and Mark then continued along the ride plan to arthur's seat.  Were home by 1pm

Also at the cafe: Glenn, Stuart and Sol